‘You look the type to break your father’s heart.’
‘Yeah, but he broke mine first.’

When Rosie Gennaro first meets Jimmy Hailler, she has walked away from life in Sydney, leaving behind the place on Dalhousie that her father, Seb, painstakingly rebuilt for his family but never saw completed. Two years later, Rosie returns to the house and living there is Martha, whom Seb Gennaro married less than a year after the death of Rosie’s mother. Martha is struggling to fulfil Seb’s dream, while Rosie is coming to terms with new responsibilities. And so begins a stand-off between two women who refuse to move out of the home they both lay claim to.

As the battle lines are drawn, Jimmy Hailler re-enters Rosie’s life. Having always watched other families from the perimeters, he’s now grappling, heartbreakingly, with forming one of his own . . .

An unforgettable story about losing love and finding love; about the interconnectedness of lives and the true nature of belonging, from one of our most acclaimed writers.

I was excited to see a new Melina Marchetta book and looked forward to reading it. I did enjoy it and I thought it was beautifully written, but it didn’t weave its way into my heart as it appears to for so many other readers.

A Place on Dalhousie is a beautiful examination of grief, love, loneliness, family and the power that comes with belonging.  Marchetta gives us complicated and flawed characters and what I particularly like about her writing is that sometimes I don’t particularly like the characters – there were times that Rosie and Jimmy irritated me big time, but that’s what I like about Marchetta’s writing that she makes me feel like this for the characters.

Rosie Gennaro meets Jimmy Hailler during the Queensland floods – both are a long way from home and both are a little lost. The two have a brief fling and part ways. Rosie and Jimmy lose contact with each other until almost two years later when Jimmy learns that Rosie has a baby boy, named Toto and he is the father.

Rosie has returned home to Sydney and is living with her step-mother, Martha. The two women are living in the house that Rosie’s father was rebuilding before he died. The tension between the two women is high and neither of them is preparing to give an inch. Rosie believes the house should be hers and Martha feels entitled to the house since she continued to pay the mortgage and work on the renovations. Rosie has taken over the top floor of the house and Martha the bottom floor and a line has been drawn.

Personally, I love Martha and I love Martha’s friends. Martha was someone I  could be friends with– she’s snarky and doesn’t tolerate fools. The emails between Martha and her best friend Sophie at the beginning of the book made me fall in love with Martha and I guess this is probably why I actively disliked Rosie for such a good portion of the book because of her antagonistic behaviour towards Martha.

Sophie, you better not have given anyone my email address after I’ve spent three decades making sure they can’t contact me. Just what I need. Another shitload of vacuous emails sent by people who have nothing better to do with their lives. And for the record, what part of ‘You lost us the grand finals’ spoken by Elizabeth King would I have misunderstood in Year Twelve?

P.S. We haven’t seen each other for two weeks, Sophie. Don’t be so dramatic.

Of course, Rosie is struggling with being a young mother and not being a particularly agreeable person she tends to get a lot of people offside and so she doesn’t have a lot of support in bringing up her baby boy, Toto. Being a prickly person, myself, I could empathise with Rosie (sometimes), but most of the time she irritated me.

Jimmy arrives on the scene and is determined to be a good dad because he didn’t have a great role model in this department, but he struggles because he hasn’t had a lot of experience with babies and seriously doubts himself in the father department. Also,  Rosie and Jimmy can’t seem to reconnect and find themselves at odds with each other for most of the novel.

The Place on Dalhousie is a powerful, character-driven novel that deals with some hefty issues, but Marchetta handles these issues with just the right balance of lightness, seriousness and humour. There are some genuinely funny moments in this heartwarming book. Marchetta beautifully writes about grief, new parenthood, friendship, family and finding your place in this world of ours.

The ending of this novel resonated with me and was my favourite part of the book. Marchetta definitely weaved her magic with the ending. 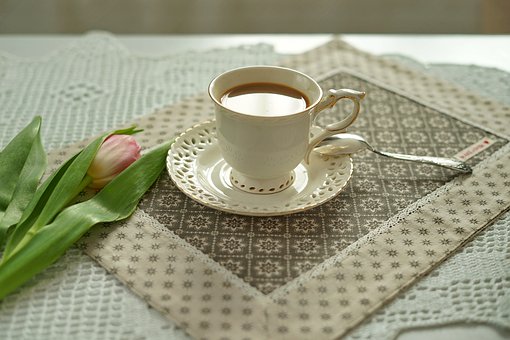