It was with great anticipation and excitement that I set off for the CBCA (Children Book Council of Australia) shortlist announcement. On this occasion, I took my dad and my boyfriend. I wanted the people closest to me to understand what I had been doing for the last two years as a judge and for them to gain an understanding of how prestigious these awards are to Australian authors and illustrators.  We arrived at Brisbane City Hall and made our way to Ithaca Auditorium where the shortlist presentation was being held.

The ceremony started with a welcome address from National Board Chair Margot Hillel OAM who was to MC the event. Firstly, Margo introduced us to CBCA QLD Branch Patron His Excellency the Honourable Paul de Jersey AC, Governor of Queensland. The Governor proceeded to tell us that he was married to a teacher-librarian, so I liked him instantly. It was evident from his speech that he genuinely supports and appreciates Australian literature, particularly children literature.

The best part of the day was to hear from previous shortlist nominees, Michael Gerard Bauer, Lucia Masciullo and Christine Bongers who spoke about what being a shortlist nominee meant to them personally and professionally.

First up to speak was Michael who talked about what it means to be an author who is acknowledged by the CBCA awards. Michael’s first book, The Running Man was the 2015 Book of the Year for Older Readers. His FIRST novel! Micheal said that being acknowledged by the CBCA gives writers and illustrators a boost in three fundamental ways: self-belief, publicity and income.

Illustrator, Lucia Masciullo spoke about how when she was shortlisted for Come Down, Cat! with Sonya Hartnett in 2012 she had no idea what a big deal it was to be shortlisted. Lucia, who previously lived in Italy, told the audience how Italy doesn’t have awards for children books. Luckily for her, her publisher was quite aware of what being shortlisted meant for Lucia and her career. Lucia went on to say that as she was only starting out as a children book illustrator, being shortlisted enabled her to showcase her art to Australia and this made her happy, excited and proud.

Lastly, we heard from Christine Bongers who spoke about her 2011 shortlisted book for Younger  Readers, Henry Hoey Hobson. Christine’s story is extraordinary! The wonderfully quirky, delightful and funny Henry Hoey Hobson almost disappeared into obscurity, but thanks to the CBCA shortlist was given a new lease on life. She says it is ‘truly the gift that keeps on giving.’

Next, we were treated to a series of short films from six schools across Queensland. The students were exploring the CBCA Book Week theme, Find Your Treasure. The students’ treasure contained the much anticipated shortlist nominees.

Finally, the magic hour had descended upon Ithaca Auditorium, and the shortlists for 2018 were to be announced. What I loved the most about the announcing of the shortlists was the nervousness of the presenters. They knew how life changing this was for the authors and illustrators and they were trembling with excitement.

First up was the older reader category (MY category). Though, I knew which books were going to be announced I was eager to hear the list.  AND there was MY list up on the screen. What a thrill! I would also like to thank the other two fantastic judges that I worked beside this year to create this list, Katharine England (SA) and Joy Lawn (NSW). It is a great list, and I am delighted with it, and I will write more about this list at a later date.

THE BOOK OF THE YEAR: OLDER READERS

Entries in this category may be fiction, drama or poetry and should be appropriate in style and content for readers in their secondary years of schooling. Ages 13-18 years (NB: These books are for mature readers)

We then went on to hear the other shortlists, all of which were wonderful!

THE BOOK OF THE YEAR: YOUNGER READERS

Entries in this category may be fiction, drama or poetry and should be appropriate in style and content for readers from the middle to upper primary years. Ages 8-12 years.

THE BOOK OF THE YEAR: EARLY CHILDHOOD

Entries in this category may be fiction, drama or poetry and should be appropriate in style and content for children who are at pre-reading or early stages of reading. Ages 0-7 years

THE PICTURE BOOK OF THE YEAR

Entries in this category should be outstanding books of the Picture Book genre in which the author and illustrator achieve artistic and literary unity or, in wordless picture books, where the story, theme or concept is unified through illustrations. Ages 0-18 years (NB. Some of these books may be for mature readers). 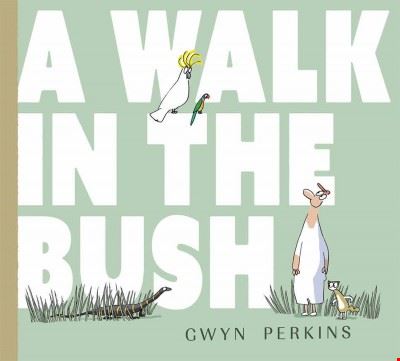 Entries in this category should be books which have the prime intention of documenting factual material with consideration given to imaginative presentation, interpretation and variation of style. Ages 0-18 years

What a wonderful day! I enjoyed the ceremony immensely and give kudos to the Queensland CBCA branch for putting on such a professional but utterly enjoyable day. There have been many highlights for me in being a judge for the CBCA but today was really quite special.