The movie is an adaption of Becky Albertalli’s YA novel, Simon vs. the Homo Sapiens Agenda. The screenplay is by This is Us showrunners, Elizabeth Bergen and Isaac Aptaker and directed by Greg Berlanti. Love, Simon is the first major studio film to focus on a gay teenage romance.

At heart, this is a romantic comedy, and it employs some clichés typical to its genre, but it manages to feel fresh because it has a different spin than your usual romantic comedies. It feels new rather than tired and dull.

The movie focuses on some strong issues with lightness and humour. There are some genuinely funny moments in the film and the lead character Simon played by Nick Robinson is flawed, loveable and charming.

Love, Simon has a strong supporting cast, but their stories aren’t fully developed compared to Simon’s story, which is understandable given the length of the film. There are some awkwardly hilarious scenes in the movie which come about because the characters are complicated and imperfect.

Aside from Simon’s parents played admirably by Jennifer Garner and Josh Duhamel, the only other adult characters are Mr Worth (Tony Hale) and Ms Albright (Natasha Rothwell). Hale plays the awkward vice-principal and Albright, the long-suffering drama teacher. Both characters are comically over-dramatic and offer little more than comic relief, but for some reason, the over-the-topness works.

Love, Simon is a good-natured movie, and it is a modern take on a classic genre. The film is likeable, warm and idealistic and you know what considering the cynical and sometimes depressing world we live in there is nothing wrong with a little idealism. The movie ends happily, but it feels entirely deserving. 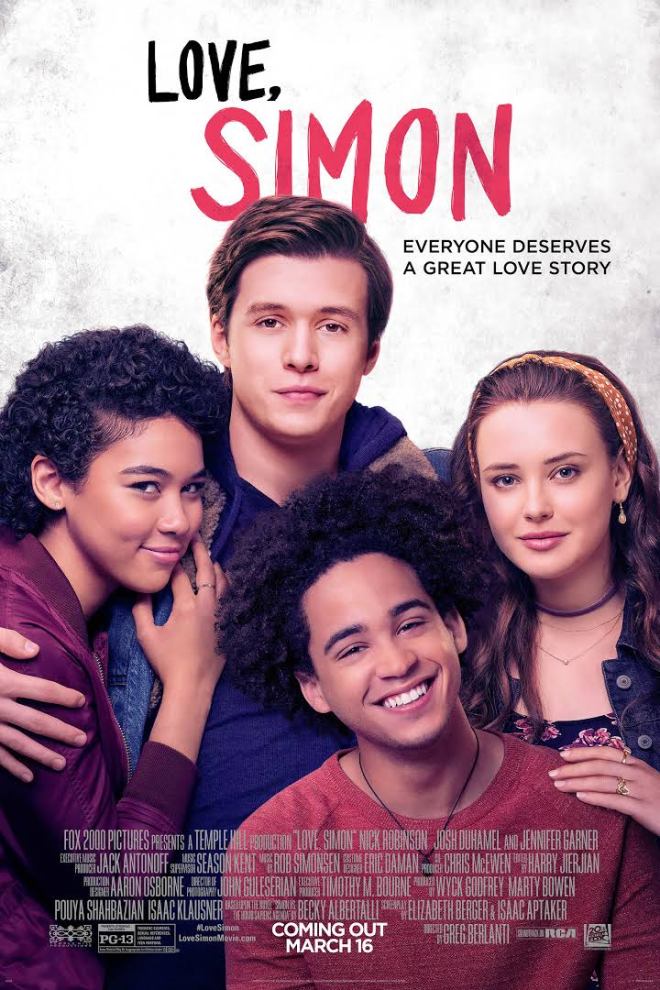